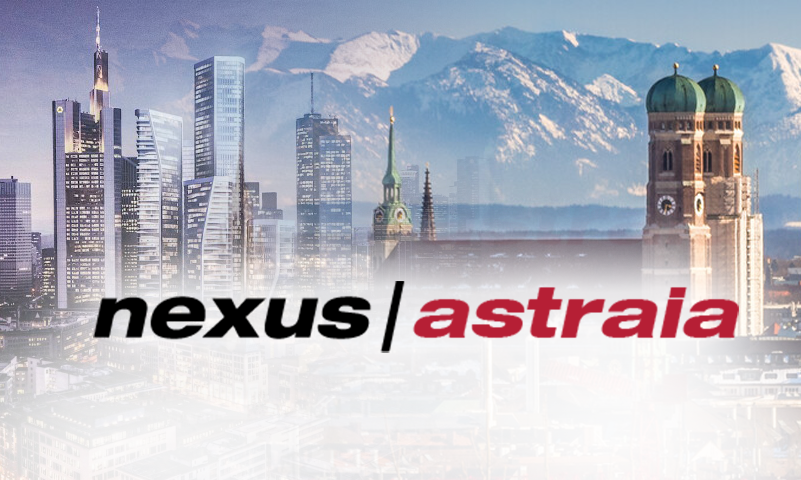 Astraia is growing together in the NEXUS Group! From April 2022, astraia software GmbH will be bigger and stronger - and will be called NEXUS / ASTRAIA GmbH from now on.
What's new? The NEXUS / WOMAN HEALTH CARE team headed by Christine Gärtner - previously a profit center in NEXUS / DIS - is moving to the astraia organization. Two strong product lines and two strong teams with a focus on women's health and pregnancy diagnostics are thus merging even more closely.
With 50 employees and more than 2000 customer installations, the new NEXUS / ASTRAIA will then be one of the largest, real special suppliers worldwide with the highly demanding product focus on "Women's health" - gynecology, obstetrics and neonatology.
The previous astraia Software GmbH is a leading international software manufacturer for high-quality pregnancy diagnostics based on the latest scientific findings.

The NEXUS / WOMAN HEALTH CARE product line with a focus on the delivery room and CTG monitoring has so far been particularly well known in the DACH market.
"With the NEXUS / WOMAN HEALTH CARE, we are not only gaining very experienced and committed colleagues for astraia," says Cornelia Neuendorf, business manager of the previous astraia team in Munich/Ismaning, "we can also improve the product portfolio for our customers and partners expand very attractively".
The new, joint product suite consisting of the well-known astraia software - supplemented by the new delivery module and the integrated partogram and CTG monitoring solution - has just gone live at the Brugmann University Hospital in Brussels, Belgium.
"We started product integration months ago," Christine Gärtner adds, "now it's time to set completely new accents with NEXUS/ASTRAIA as a really strong and innovative business unit!"